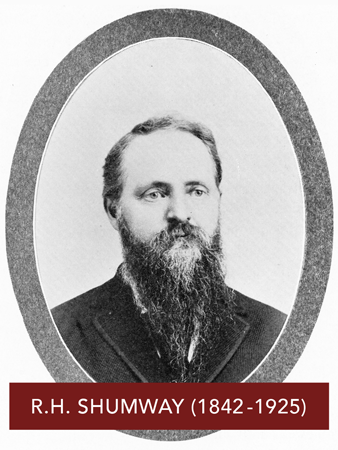 Shumway returned to farming in New Milford. In 1870, he founded a seed company. He sold his high-quality seeds entirely through mail order catalogs, innovating the industry. He moved his business to Rockford in 1873: first, to East State Street, and when it needed more room, to South First Street. By Shumway’s death in 1925, the company mailed more than 200,000 catalogs annually.

In 1905, Shumway donated his original business site at 713 East State Street in perpetuity to the City to establish a farmer’s market in Rockford.