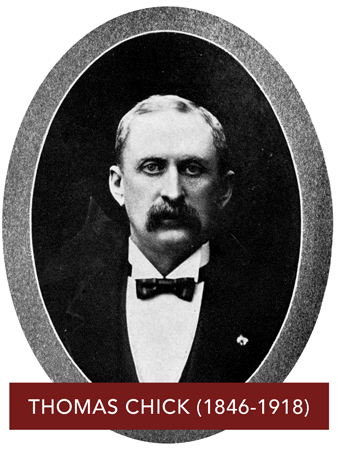 As Rockford’s former name Midway suggests, it is the midpoint between Galena and Chicago, making the hotel industry one of the most important to the area. The Chick House was among the most popular of these establishments.

Thomas Chick was born in England in 1846 and came to the United States with his parents when he was five years old. He started working as a miller, but he soon became a locomotive engineer. For fourteen years, Chick worked for the Chicago & Northwestern Railway Company.

He left the railroad business and came to Rockford, where Chick and his brother, John, invested in two mills on the Rock River. In 1888, Chick sold his interest and used the proceeds to buy the Griggs House, which he renamed after himself.

It soon became a popular destination for travelers and old railroad men. At the height of its popularity, it could accommodate up to 200 guests. Although Chick died suddenly in 1918, the Chick House remained in business until 1928.