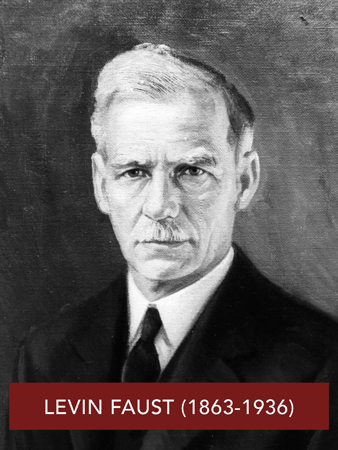 An immigrant from Sweden, Levin Faust arrived in Rockford in 1887 as a young man and worked as a machinist for W.F. & John Barnes Company. His ambition soon led him to join three fellow workers to organize the Mechanics Machine Company in 1890.

In 1929, he launched his most ambitious project: the construction of the Faust Hotel, a massive hotel and apartment complex that was the largest building in Rockford at the time. However, the business was soon caught up in the Great Depression. Subsequently, in a bankruptcy filing in 1933, Faust lost the hotel and most of his fortune. He died three years later.