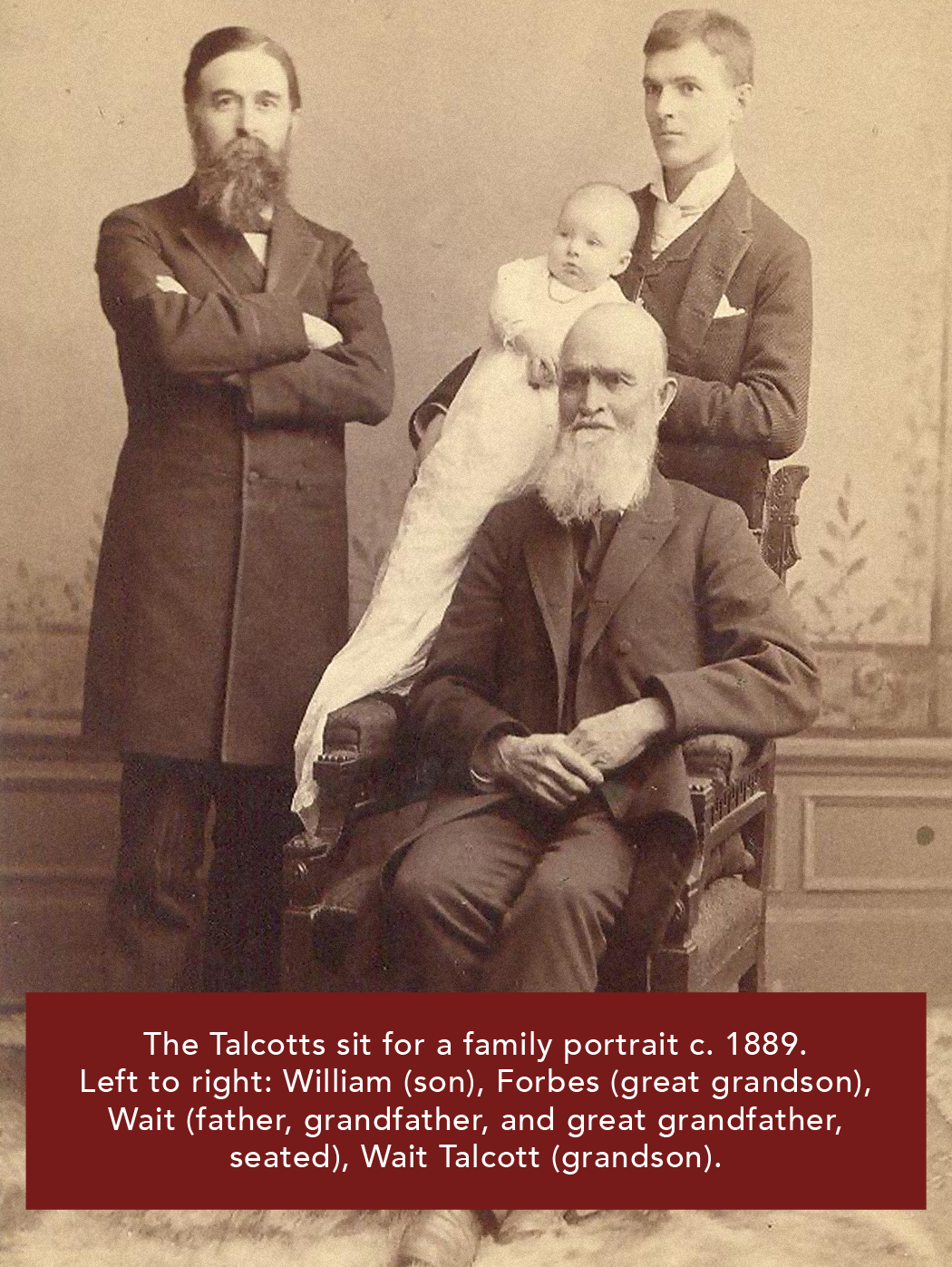 Many of Rockford’s early settlers came to work for a new future and stayed for generations. One such settler was Wait Talcott.

Born in Connecticut, Talcott moved to Rockton in 1838. He heard about Rockford’s new Water Power District and came here in 1854 with his brother, Sylvester. They partnered with John H. Manny—an inventor of a new reaper—as well as with Jess Blinn and Ralph Emerson to form the Manny Reaper Company. After Manny’s death, the partners continued to manufacture agricultural equipment. The founding of the Manny Reaper factory in the Water Power District was a catalyst for Rockford’s growth as a manufacturing center.

Talcott was an incorporator of both Beloit College and Rockford Female Seminary (now Rockford University). He served as a state senator in the 1850s. His daughter, Adaline, married his business partner Ralph Emerson; their daughter, Belle, founded Keith Country Day School. His grandson, also named Wait, was president of the Nelson Knitting Company.

Talcott’s Grandson built the Talcott Building in 1927 – a modern office building unlike anything Rockford had ever seen.