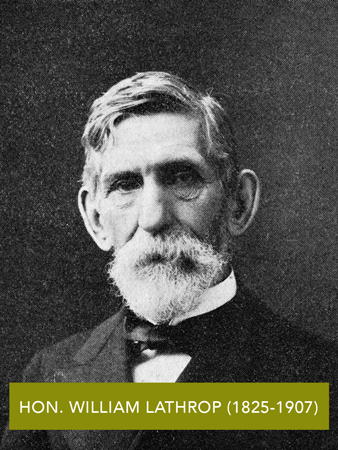 Born in Genesee County, New York, William Lathrop (1825-1907) moved to Rockford in 1851 to practice law. An early supporter of the Republican Party, Lathrop was involved in progressive politics.

He was an early champion of women’s rights, and as a state legislator introduced a bill to allow women to practice law. Among those he mentored were Alta May Hulett and his daughter Julia Lathrop.

Lathrop also served as a U.S. Congressman from the Fourth Congressional District from 1877 to 1879. He is buried in Greenwood Cemetery. 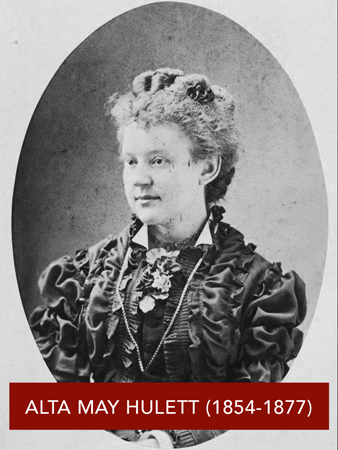 In her brief life, Alta May Hulett (1854- 1877) changed the practice of law in Illinois forever. She studied law under William Lathrop and passed the bar exam in 1871.

She applied for admission to the bar, but was denied by the State Supreme Court because she was a woman. Undeterred, she lobbied the state legislature with the help of Lathrop, and passed a bill outlawing job discrimination on the basis of sex.

Tragically, Hulett’s legal career was cut short by her death in 1877 from hereditary heart disease. 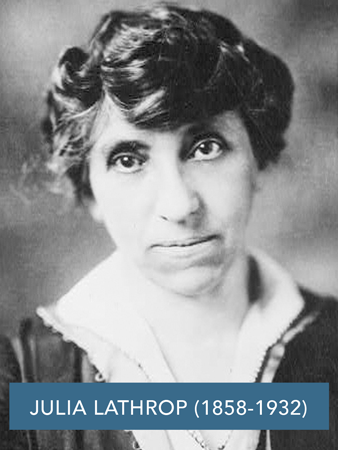 Julia Lathrop (1858-1932) was a leading early twentieth century reformer and advocate for children. She graduated from Rockford Female Seminary (now Rockford University) and Vassar College in 1880, and then returned to Rockford to work in her father’s law office. In 1890, she moved to Hull House in Chicago to work with Jane Addams.

Her work led to her appointment by the governor to the Illinois State Board of Charities in 1892. She inspected numerous orphanages, shelters, and soup kitchens, as well as all 102 poorhouses in the State. She also established a juvenile court in Chicago, the first of its kind in the nation. In 1912, President William Howard Taft appointed Lathrop to be head of the newly formed Children’s Bureau in the Department of Commerce and Labor, the first woman chief of a federal bureau in U.S. history.