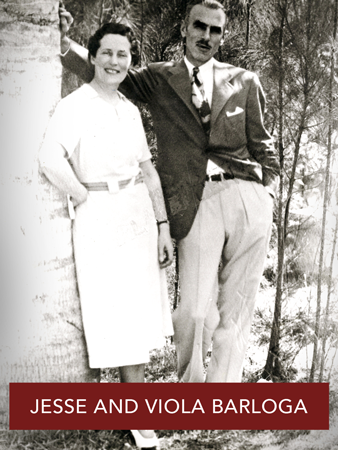 Raised on a farm in Pecatonica, Jesse Barloga graduated with an architectural degree from the University of Illinois in 1911. He first worked as a draftsman for Rockford architect Frank A. Carpenter, founding his own firm in 1919.

During his career, Barloga designed more than 140 buildings in Rockford, some commercial buildings, like these at 107 and 109 North Main Street, but mostly private residences, many of which are still standing in 2017. Homes he designed can be found on National Avenue, Brown’s Hills and the Edgebrook Addition areas. He used many different design styles, but was best known for including half and whole “spider” windows in his designs.

Some of his most famous public buildings include the Rockford News Tower, the façade of what is now West Middle School, and an addition to the American Insurance Company building at 304 North Main Street. Barloga’s wife, Viola, was an accomplished interior designer who completed many interiors for her husband’s buildings.

Hit hard by the Depression, Barloga struggled to get by in the 1930s. During the Second World War, he worked on designs for the B-29 bomber in Detroit, Michigan. He returned to Rockford after the war, but succumbed to cancer in 1947.