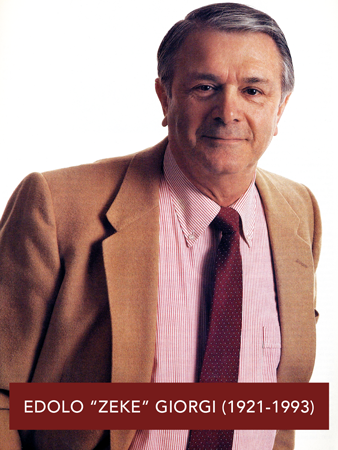 The son of Italian immigrants, Edolo J. “Zeke” Giorgi was known as the “Dean of the House” for being the longest-serving member of the Illinois State Legislature at the time. First elected to the Legislature in 1965, Giorgi was well-known for his ability to move bills through the House.

Perhaps Giorgi’s greatest achievement was establishing the Illinois State Lottery. Giorgi even motivated then Governor Daniel Walker–who opposed the bill–to travel to Rockford to sign the bill into law, earning Giorgi the title of “Father of the Lottery.”

Giorgi’s office was always crowded with constituents and senior politicians seeking his favor. He liked to proclaim that his office served “everyone from popes to pimps.” Giorgi died unexpectedly in 1993 at the age of 72.